There is no doubt that Apple and Google dominate mobile world, - Apple with vertically closed model of integrated hardware and software and Google with open software and varying different hardware partners, both of them occupy 90% mobile market share overall. Both the companies determine the shape of how future of mobile computing is going to be.

At this juncture, it is noteworthy to take a look at two executives from Apple and Google. Both of them taking center stage recently in designing mobile user experience, by defining the future of how two dominant operating systems user interfaces should look like, and how the user experience should be designed on their respective parent companies’ operating systems. 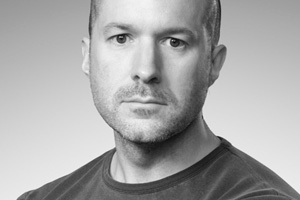 They are not new to design world. Ive, being the design guru for many iconic apple products for many years from iMacs to iPhones and Matias was well known for his design in WebOS before even joining Google. But what new now? Both of them are at helm to redefine the world’s two major mobile operating system’s UI/Ux. And both of them are taking very similar simplistic models as their design principles. 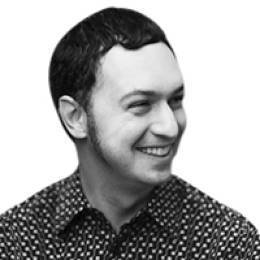 Ive departed from skeuomorphism in iOS 7, same as with Matias in Material Design for Android. But why are they now switching to minimalistic design language is an important question to ask., what has changed?. First reason is, the tiny small screen on mobile devices. The very small screens need to carry lot of information and grab user attention for actions with in limited screen space. Second reason, in case of Apple is, in pre iOS7 era, developing Application for iOS is not only a software development job, you need be a good designer too, or hire a very good designer along with a good programmer to create visually appealing UIs. Apple too emphasized on skeuomorphic designs where the user interfaces are created almost realistic to real world elements (e-g A camera app icons/UIs mimics photorealistic real world camera and its knobs). Software developer with good designer was a winning combination. But it created many unusual, non standard user interface elements. Each application defined its own design language, and users need to re learn application user interfaces for each app. The experiences are not same across.

At this point of time Ive was asked to redesign iOS Ux,. he brought in very minimalistic, flattened user interface design language for iOS7. Rest is history. With iOS 7 success, new minimalistic flattened UI is going to be the future for Apple products.

What happened in case of Google?. The story was totally different. In contrast to Apple, which was a very design centric company, Google was taking a different approach. Their focus on user interface design language was nonexistent, or not obvious. As per Google, it is implicit. Take a look at Google’s search page, it may not be visually appealing, but it does serve the purpose. The problem is, different Google sites and apps don’t share the same UI language. Google Maps and Gmail look completely different. Android is in another direction. With Google’s dominance growing day by day on web and mobile, it is right time for Google to set things in order.

So, enter Matias Duarte. Google hired Matias from Palm when it was sold to HP. Matias was widely known for leading Web OS user interface and Ux designs. Though Web OS didn’t take off, its UI/Ux was widely acclaimed for its design simplicity, when it was introduced back in 2009, during consumer electronics show. Google was actively searching for an equivalent to Jonathan Ive at that point of time. Matias was on board at 2010, he took charge to redefine Android’s User Experience and Design. 3 years of work in setting design goals and process of unifying google product experience resulted in Material design, which was introduced in Google IO, this year. Material design again follows simple minimalistic user interface elements and animations to make effective use of smaller mobile display screens. Also its design guidelines promises uniform UI elements and seamless Ux across Google products on web and mobile.

It is very important for Google now, as Android has become what once Windows was for PCs, - the de facto OS of computing devices. With major portion of mobile users having Android phone, it was high time for google to define UI guidelines. Microsoft did this at the height of Windows popularity during 90s for developers. It helps new users, either they’ve never used a computing device earlier, or young first generation users start with mobile as first device. A uniform UI element and user experience across web and mobile does help.

So both Ive and Matias, the creative heads of iOS and Android, have a big say in how user experience is going to look like in future mobile devices. They determine external face of the OS and soul of each mobile device. In a way both of them can make or break the popularity of their respective OS. No matter how good the OS internally is designed and developed, if the UI and Ux is not good, the user adoption is going to be low. So they own a very big responsibility to shape the future of mobile user experience. The ‘Right Brained’ guys, promising to take mobile Ux in the Right direction.

Story of Aaron, chasing a startup dream in epic style

Recently, Apple acquired a start-up called “BookLamp.com” for approximately $15 million US dollars. It was an usual news for many, as big companies frequently buys small start ups to strengthen their competitive advantage. But this news... Continue →